In case you missed them … the following four pieces by Louise were published weekly on the homepage during Advent. 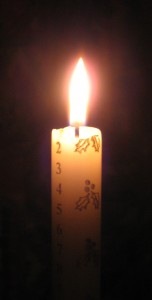 As Christian culture established itself, elements of folk songs were taken and woven into the lyrics of carols (for example, The Holly and the Ivy) and the tunes are reminiscent of dance tunes, as they were originally sung in public and danced to.

Then, about 900 years ago, the practice of placing a crib scene into church at Christmas became very popular, inspired by the culture coming out of Italy led by St Francis. This in turn inspired the emergence of carols that focused upon the story of Jesus birth, with the pastoral element to the fore. One of the most popular carols, Silent Night, although written later, stands firmly in this tradition: 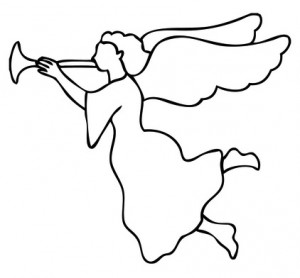 The reformation of the 16th and early 17th century, and the Puritan movement that followed, severely curbed the practice of carol singing in church. In 1644 Oliver Cromwell persuaded parliament to ban Christmas celebrations. In fact, parliament held sessions on 25th December every year up to 1656.

It wasn’t until the restoration of the ‘Merry Monarch’ Charles II in 1660 that the ban on Christmas celebrations was lifted. Even then there was strict control over singing, and the only officially sanctioned carol to be sung in church was While shepherds watched their flocks because it paraphrased St Luke’s biblical account of the nativity. It took another 80 years before Hark the herald angels sing was allowed in! Note the more theological, rather than narrative style…

Christ, by highest heaven adored,
Christ, the everlasting Lord,
late in time behold him come,
offspring of a Virgin’s womb.
Veiled in flesh the Godhead see,
Hail, the incarnate Deity!
Pleased as man with us to dwell,
Jesus, our Emmanuel.
Hark! The herald angels sing:
‘Glory to the new-born King!’

Hail, the heaven-born Prince of Peace!
Hail, the Sun of Righteousness!
Light and life to all He brings,
ris’n with healing in His wings;
mild, He lays his glory by,
born that we no more may die,
born to raise us from the earth,
born to give us second birth.
Hark! The herald angels sing:
‘Glory to the new-born King!’ 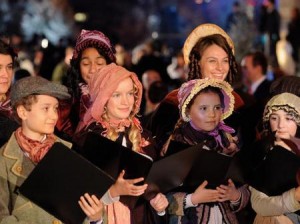 The Victorians were enthusiastic revivalists and enjoyed reinventing various English traditions, including Christmas – and the Christmas carol along with it.

Carols had continued to be sung all during the period that they had been banned inside church. Wandering musicians and wassailers had kept the tradition alive on the streets and open-air, and now church leaders harnessed the carol tradition to attract people into church.

The Methodists contributed greatly to the number of carols produced, most notably from the pen of Charles Wesley. The high church or ‘Oxford’ movement of the early and mid 19th century also played a significant role by introducing new carols into the repertoire. One major figure was John Mason Neale, who wrote Good King Wenceslas, which was a return to narrative, but this time of the King Wenceslas who was inspired by the King Jesus; and also the exhortation to praise: Good Christians, all, rejoice. 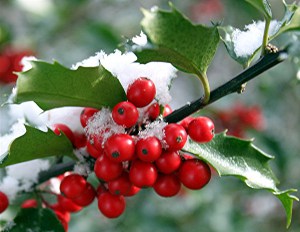 Into the 20th century there was a surge of interest in old folk songs after the formation of the Folk Song Society in 1898. This led to the collection of many carols and their folk tunes, and this, combined with the emergence of the ‘festival of nine lessons and carols’ as an established Christmas service (originating in Truro cathedral in 1880) meant that the carol has become a firm fixture in festive worship. One of the most popular carols from this period is In the Bleak Midwinter by Christina Rossetti. She wrote this as a poem, but it became a carol when included in The English Hymnal in 1906. Christina took poetic licence in setting the nativity in a wintry scene, but this enabled her audience to completely relate their experience to the Biblical tale. Gustav Holt’s memorable, melancholy tune only increased its popularity and added to its enduring appeal.

Our God, heav’n cannot hold him, nor earth sustain;
heav’n and earth shall flee away, when he comes to reign.
In the bleak mid-winter a stable place sufficed
the Lord God almighty, Jesus Christ.

Angels and archangels may have gathered there,
cherubim and seraphim thronged the air;
but only his mother in her maiden bliss
worshipped the beloved with a kiss.