The last of the Four Rivers by Rev Ted 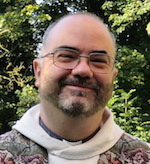 Of the Four Rivers (River Teme, River Rea, Shrawley Brook, Dick Brook) it is this last-named one, Dick Brook, that seems to arouse the most emotions. A number of people emailed, phoned or spoke personally to me after being upset at my description that where it joined the River Severn it looked more like a muddy trickle that a flowing river. It is interesting what issues excite people? But may I challenge those people not to contact me, but to write into this magazine with those many childhood stories and fond memories of Dick Brook,and/or complaints about what Rev Ted wrote: I am sure people would enjoy reading the articles.

Dick Brook, as a named river, starts at ‘Joan’s Hole’ in Abberley valley (where there is a Damson Orchard), west of Dunley, and where two unnamed streams converge – one draining the slopes of Clows Top. Dick Brook then flows for almost 5 miles; passing under the road at Dunley (where it sometimes floods), through Astley (where it was dammed to power Priors Mill), past Glasshampton monastery, under a packhorse bridge and along the edge of the old Shrawley Parish, before entering the River Severn beyond the lovely Shrawley Bluebell Woods.

But I still contest (writes he teasingly) that Dick Brook is much less than it used to be due to silting up: for in the early eighteenth century Dick Brook featured flash locks (you can still make out some remaining stonework) and was used to transport iron ore from the River Severn to the iron forge at Astley. It is not clear who was responsible for the navigation: Andrew Yarrington of Astley proposed it in 1651 then died a violent death in 1681, yet the flash locks are dated 1717. Perhaps someone will write in with the correct history? Either way, you could not float any barges up there now: not a chance! Speaking of which, nobody knows what kind of barges the Yarringtons used to negotiate the tight bends. Best guess is that he used square tubs chained together. Andrew Yarrington was ahead of his time and his projects weren’t always greatly successful. But hats off to imagination and endeavour. And so Dick Brook is the river that calls us to creative and imaginative endeavour; it is the stream that reminds us that we are made in the image of the personal, self-motivated, creative God and, at our best, we strive to improve the lot of one another and make the world a better place. Right now that is so desperately needed. Examples perhaps? … How about those who have offered to shelter Ukranian refugees, those who check on neighbours, do shopping for others, give money to Church and Charities, give to food banks, create and run businesses, farm and produce food. Hats off to good, honest, human endeavour and the God who animates life. (Umm: Do people wear hats these days to take off?).

Oh, and by the way, the website geograph.co.uk describes Dick Brook as “a rather unimpressive brook.” Now come on, good folk, get those objections and stories into the magazine!