St Michael and All Angels, Knighton-on-Teme 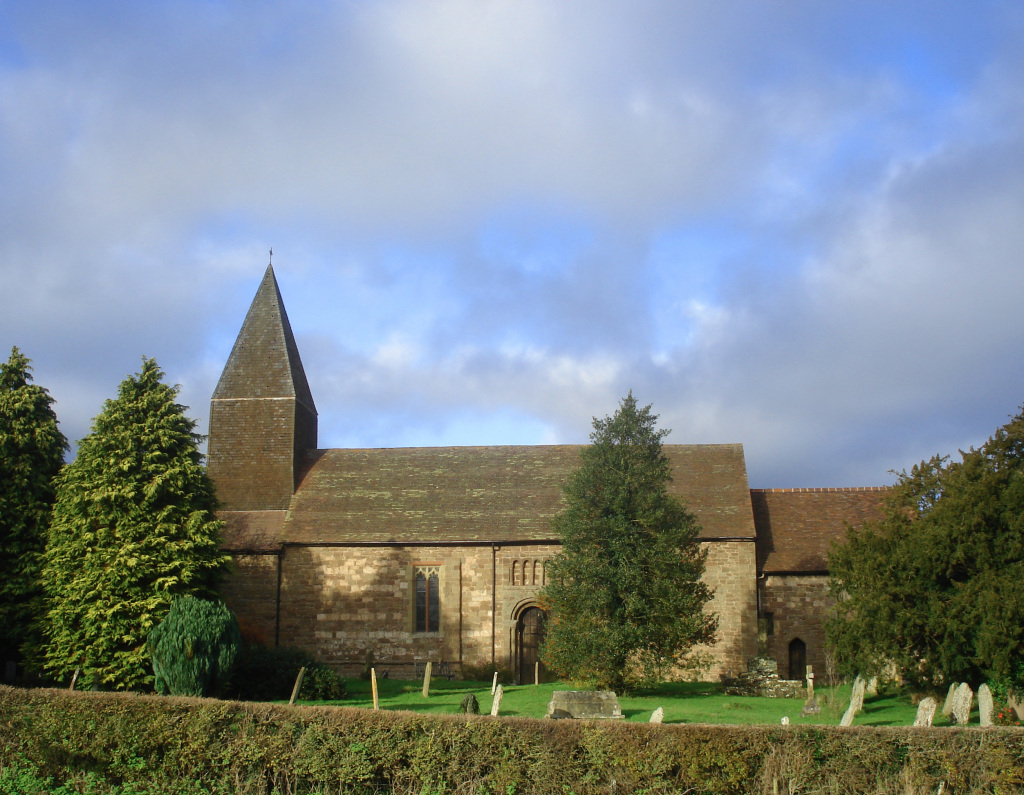 The church before the turret restoration

The present church, a Grade One listed building, is widely admired having been built in about 1120; the Chancel Arch and the main door being still the original Norman. However, there has been worship on the site since much earlier times, possibly in the Celtic era. A priest is recorded being present in the Doomsday Book in 1086.

The Bell Turret with its four massive upright oak beams is dated to 1137. This was the subject of some major work, starting in 2016 to replace the shingles which had been seriously damaged by, of all things, green woodpeckers. Fund-raising commenced which included, in the nearby Parish Rooms, a magnificent performance of Shakespeare’s Twelfth Night by a company based in the village, “Two Score Years & Ten +” to raise funds for restoration of the Bell Turret. The Heritage Lottery Fund (HLF) was approached and very generously made a grant that covered about 70% of the estimated cost.

Shortly after the start of the removal of the old shingles it became apparent that the condition of the timbers beneath, especially the four massive corner posts dendro-dated to around the year 1200, were in extremely poor condition. This led to a rapid re-estimation of the costs (about double) and fortunately HLF were very quickly able to increase their grant prop-rata. This enabled the work to continue without a break and it was completed in June 2016. Knighton-on-Teme’s church volunteers have invested much effort in this repair and restoration work but the project would have been impossible without the help and support of HLF. 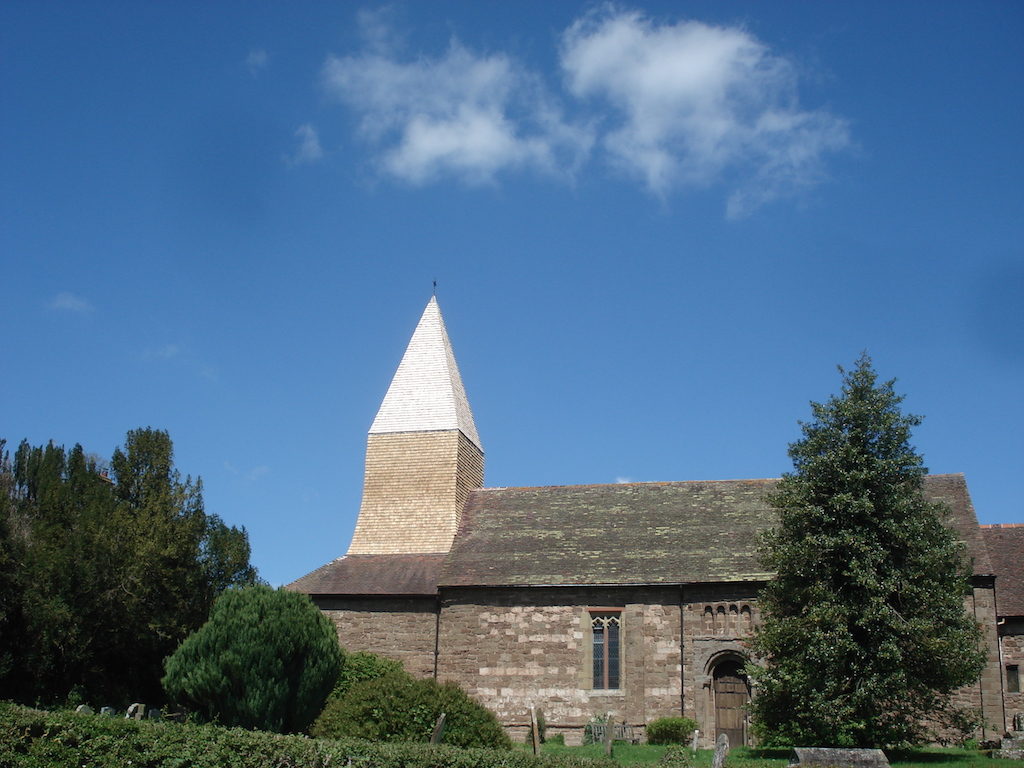 The church after the turret restoration

If you have any questions or would like more information, contact details for St Michael and All Angels, as well as for the Parish Ministry and Administration teams, can be found on our Contact page.

Use this map and the postcode WR15 8LY in your Sat Nav.