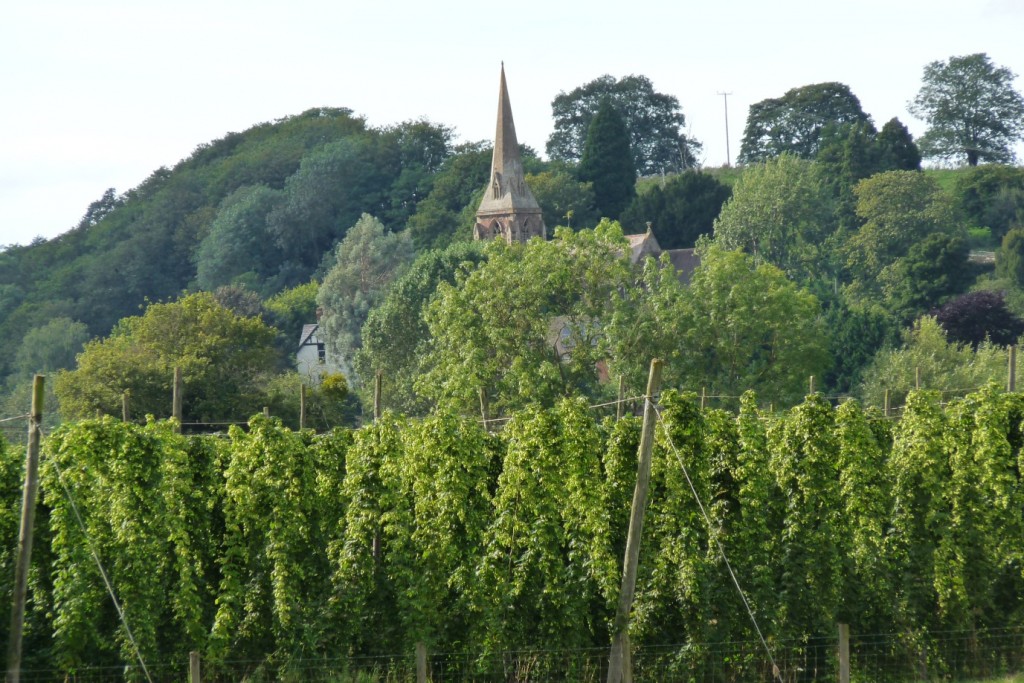 St Lawrence, Lindridge, stands above a meander of the swift-flowing Teme and looks out over the orchards and hopyards of the beautiful Teme valley. A church has stood here for countless generations, but today the visitor’s first glimpse is of a red sandstone steeple peeping out above the trees. The remainder of this Victorian building of 1862 is hidden from view until its threshold is reached.

Its predecessor had been in so great a need of repair that the east window had been filled up to provide support for an undignified buttress. An even earlier structure may have been damaged by fire, but the evidence is lost in the mists of time. Today’s building, designed by Nicholson of Hereford, replaces the old and has stood unaltered ever since.

The churchyard rises behind the church. This tranquil spot is home to a swathe of old grassland flowers. Hoary plantain, Lady’s bedstraw and agrimony flourish here, and slow-growing lichens enjoy the clean air. Birds and fluttering butterflies complete the scene of rural calm. A gate leads out of the top of the churchyard to a high point, from which the views along the valley, east to Abberley and west to Wales, are simply glorious.

Having appraised the environs, descend and enter the church. Inside, the building comprises a chancel, north vestry with organ chamber containing a 2-manual pipe organ, south aisle of two bays and a southwest steeple above the porch. The nave and south aisle are enhanced, on sunny days, by multi-coloured light rays streaming through the patterned stained glass windows. Made by a Midlands glass company, Chance and Co, these were placed in memory of the infant sons of William Smith, baronet of Eardiston, who paid the lion’s share of the church’s rebuilding costs.

The font is of alabaster, replacing a damaged Norman predecessor, and was given by the Firkins family of Eardiston. Choir stalls were added in 1878. Some monuments from the previous building, dedicated to All Saints, still survive. Of these, the seventeenth century Penell family plaques remind us of a family who lost their lands to the Stuart cause.

The other relics of the previous buildings are the four bells. One, a survivor of mediaeval times, is inscribed “Ave Maria Gracia Plena Dominus Tecum” and is stamped with the heads of Henry 1V and Queen Margaret. It was cast in Worcester around 1480. The others date from 1626, 1663, and 1702. The plate consists of a silver cup and paten from 1698 and a silver flagon, a gift of Mrs Mary Winwood of Eardiston, in 1771. The parish registers date from 1574. 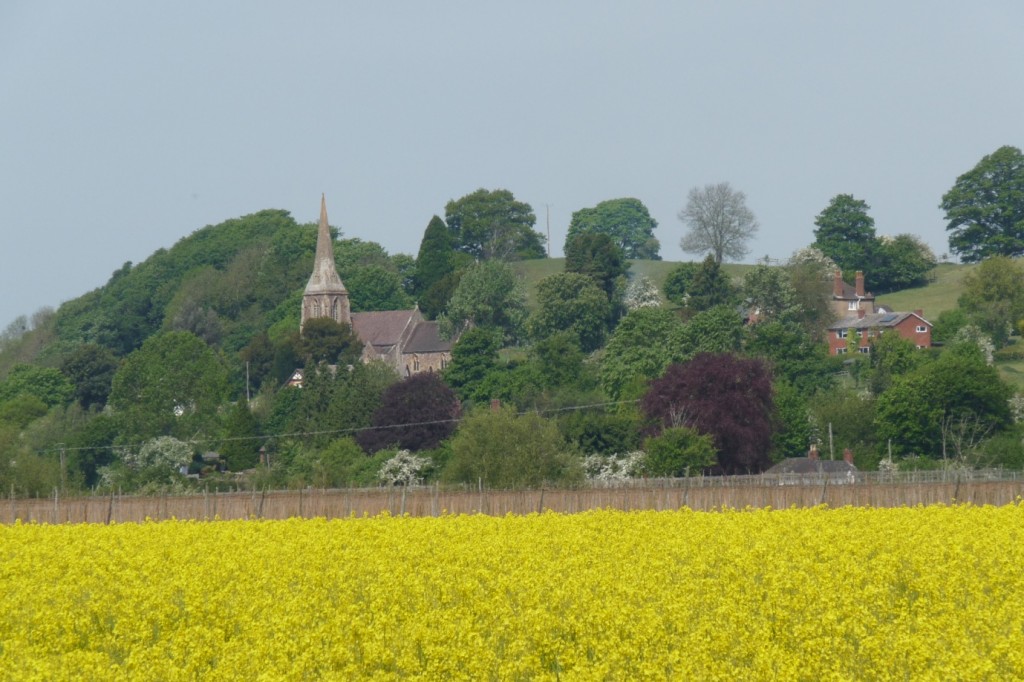 Land which subsequently became the large parish of Lindridge, was given by charter to the Cathedral Church of Worcester by the Anglo- Saxon Wiferd and his wife Alta in the late eighth century. This was during the reign of King Offa of Mercia. The name Lindridge, meaning ridge of lime trees, did not appear in this charter, or in the later Domesday Book. However, the parish was an important part of the administrative unit of Oswaldlow Hundred, granted to the Bishop and monks of Worcester by King Edgar. Later, King John, who had much affection for Worcester, granted Lindridge special privileges, including release from the jurisdiction of the county sheriff and exemption from certain taxes.

The parish originally encompassed the two chapelries of Knighton-on-Teme and Pensax which became separate ecclesiastical parishes in 1843. Although now within the Diocese of Worcester, being part of the parish of Teme Valley North, prior to 1898 Lindridge came under the Diocese of Hereford. Lindridge parish primary school was built opposite the church by Revd CW Landor. He generously contributed to the cost of re-building the church and then set about establishing a school. Today it is attended by children from across the parish and beyond, and is a thriving institution.

Lindridge has no village. The scattered parish settlements have developed from ancient farmsteads and settled common land. Eardiston is the most populous community and the parish hall is situated there. It is a rich agricultural parish with a long history of fruit and hop growing. In the early twentieth century it was full of cherry orchards. In the spring, the fruit blossom, although less than yesteryear, is still very attractive, making April a good time to visit. 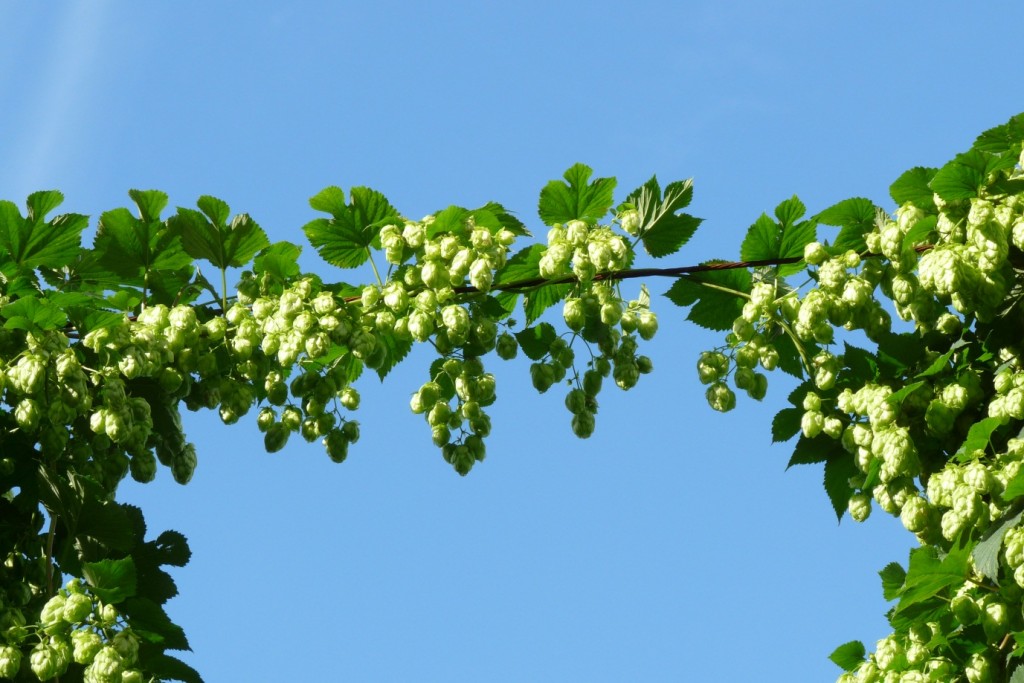 Almighty God our Heavenly Father,
make the doors of our parish church
wide enough to receive all who need human love, fellowship and a Father’s care,
and narrow enough to shut out envy, pride and lack of love;
here may the tempted find help,
the sorrowing receive comfort,
the careless be awakened to repentance,
and the penitent be assured of your mercy;
and here may all your children renew their strength
and go on their way in hope and joy;
through Jesus Christ our Lord, Amen

Words and Pictures by Stephanie Mocroft

If you have any questions or would like more information, contact details for St Lawrence, as well as for the Parish Ministry and Administration teams, can be found on our Contact page.

Use this map and the postcode WR15 8JQ in your Sat Nav.